In a year where many sports events have been canceled, to the deepest regrets of fans, Del Monte Europe is aiming to reignite the passion by launching its own “Del Monte Fruitball Cup 2020”. The interactive competition will take place on Del Monte Europe Facebook and Instagram pages, and the fans of the most delicious fresh and preserved fruits as well as sport amateurs will be able to join the fun.

The campaign will consist of a friendly competition between European nations where the brand features social media’s fans pages. The Del Monte “fruitball” players and characters will be “fruitfully” recognizable as some of Del Monte Europe’s range of products. Each follower will be able to defend its own nation during the games up until the final, and some exciting prizes will be rewarded tothe most enthusiastic and creative fans, including a special reward for some amateur football club in need of support.

The campaign will kick off on Saturday 27th June 2020, and this date was not chosen randomly as it is actually International Pineapple Day. “We picked this particular date in order to leverage this celebration which is very important for us as a worldwide leader in fresh produce pineapple. It was natural to kick off this campaign by spreading the word of Del Monte pineapple’s many benefits for sports afficionados and for other people as well”, continuedMontange. Fans should not miss the start of the campaign on Saturday 27th as, where y pineapple theme gifts will be awarded to some lucky participants on Del Monte Europe Facebook and Instagram Channels. 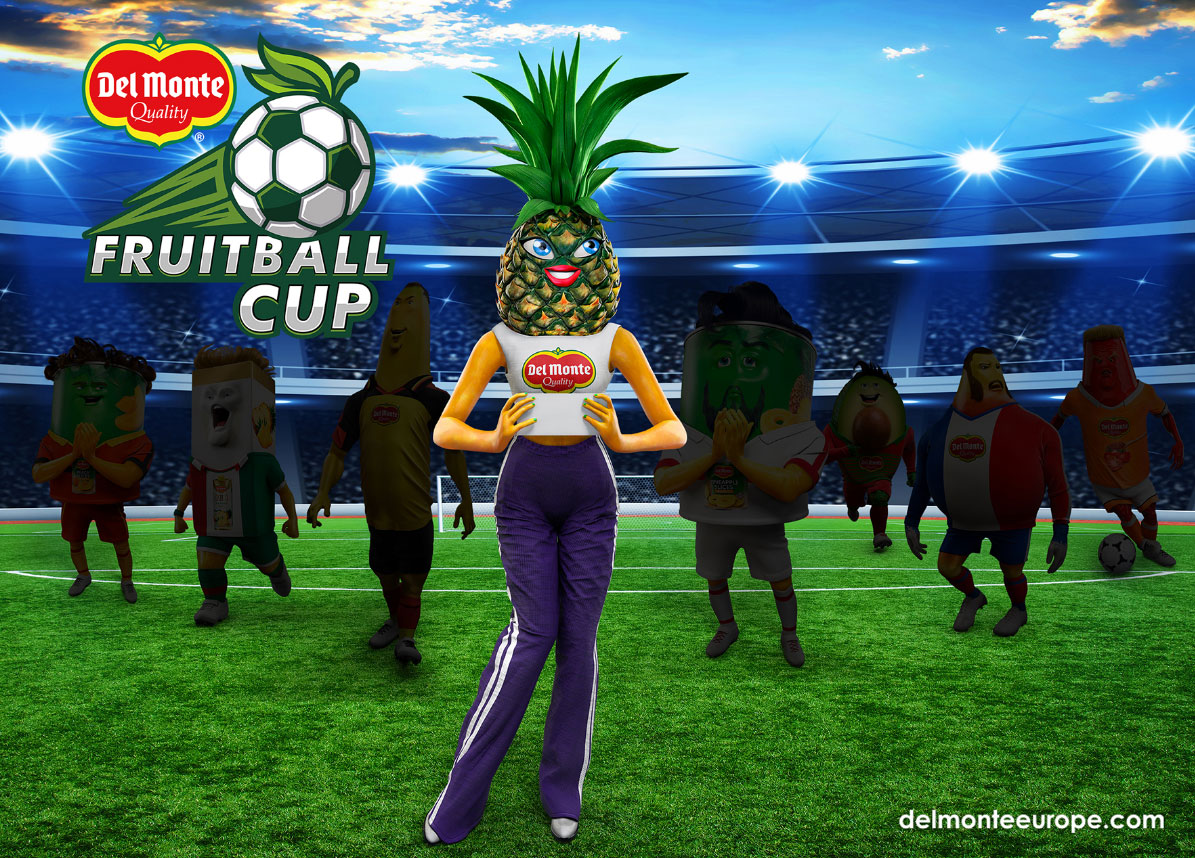 About Fresh Del Monte:
Fresh Del Monte is one of the world's leading vertically integrated producers, marketers and distributors of high-quality fresh and fresh-cut fruit and vegetables, as well as a leading producer and distributor of prepared food in Europe, Africa, the Middle East and the countries formerly part of the Soviet Union. Fresh Del Monte markets its products worldwide under the Del Monte® brand, a symbol of product innovation, quality, freshness and reliability for more than 125 years.

In a year where many sports events have been canceled, to the deepest regrets of fans, Del Monte Europe is aiming to reignite the passion by launching its own “Del...

Del Monte® will take part in the professional trade show Fruit Logistica in Berlin, Germany. FRUIT LOGISTICA covers every single sector of the fresh produce business and provides a complete...

Del Monte is delighted to participate at the 100th edition of Anuga Trade show, the largest food and drink exhibition in the world that will take place in Cologne (Germany),...

Everybody Says Yes… to Tennis

Del Monte UK is pleased to continue its sponsorship program with the LTA for a second year. It is the perfect partnership for us as we work together; driving to...

Del Monte Fresh Produce (Del Monte) is pleased to announce the launch of the Airfreight Del Monte Gold® Pineapple from Kenya, as an addition to the Costa Rican origin by...